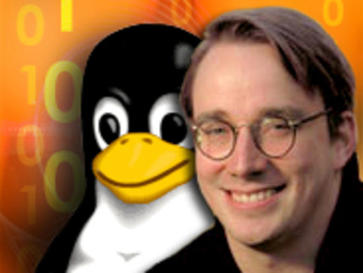 Linus Torvalds is a software engineer who is most famous for inventing the Linux kernel. Torvalds was born in Finland on December 28, 1969 to Nils Torvalds and Anna Torvalds. He works for the Linux foundation as a software engineer. He is married to Tove Torvalds and has 3 children. Although he is most popular for making the Linux kernel, he is also creating his own programming language so he could develop operating systems and games. He is a hero to many technology-oriented people.

Linus Torvalds, a Finnish-American software engineer, is the creator of the Linux kernel. He developed his interest in computing at the age of 11, when he started using his grandfather’s computer. Although he started to code at the age of 12, the story of Linux starts when he is in college. In a computing course, “one of the [textbooks] that Linus used was Andrew Tanenbaum's Operating Systems: Design and Implementation,”(Moody, Arstechnica.com) which sparked the idea of Linux in him. He decided to write his M. Sc. Thesis about a concept called Linux. What started out as “very simple task-switching program . . . ,”(Moody, Arstechnica.com) eventually became an amazing creation that now “huge swaths of the Internet . . . run on Linux.”(Vance, Bloomberg.com)


Because of this invention, many people and devices around the world use the Linux kernel to fulfill their computing needs. “. . . Linux is open-source, which allows people to change it as they please . . . .”(Vance, Bloomberg.com) This means that people can make Linux operating systems look and work exactly how they want it to work, without having to get a pirated/hacked version of the operating system. Linux is currently the most popular operating system of all time, as it runs on “everything from appliances and medical devices right on up to cars and rockets.”(Vance, Bloomberg.com)